The problems bending of beams are the most probably occurs rather than other loading in many physical application and mechanical design. In term of Physics and Engineering, bending or deflection is the amount of structural being displaced under loads which referring to some correlated parameters. For example, application such as shaft, bracket, and bridge beam, axles, lever and many structural applications to be examined for assessment and evaluation. The deflection need to be measured for their application purpose.

At this point of view, the deflection aforementioned is directly related to the slope of a member under load and it can be calculated by integrating the slope’s function of a member under the load. The theoretical formula and equation for moment, displacement and slopes has been identified. Equation derivation and application problem solving was clearly justified the methodological approach to the actual problem was really possible and practicable.

To determine and validate the equation for the moment, slope and deflection of the simply-supported beam application, also the slopes at the ends and maximum deflection.

This project aims to:

A supported beam at both ends has a uniform distributed load W along the beam, as shown in Figure 1.0 above. A beam of length is loaded by uniform load per meter of beam length. Converting distributed load to concentrated load P = WL.

The approach has been taken to measure and analyze the two different variable which is modulus of elasticity E, Aluminium Alloy and Carbon Steel and second moment of area I, under the same condition of structural and loading parameter.

Derivation of mathematical integration for moment, deflection, slopes and maximum deflection has reached the whole agreement for structural under the load. Modulus of elasticity and second moment of area are the variables that roles to the structural performance and strength. Identification of maximum and minimum deflection describes the range of application level under the operations.

CONTRIBUTION OF THE PROJECT 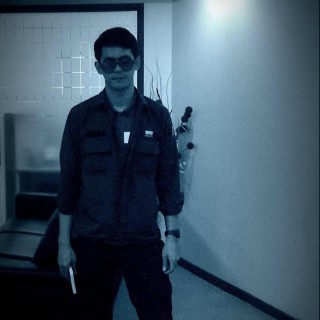 And if all the trees on earth were pens and the ocean (were ink), with seven oceans behind it to add to its (supply), yet would not the words of Allah be exhausted (in the writing): for Allah is Exalted in Power, full of Wisdom. (Luqman :27)